Inside the Call: How Trump Pushed Ukraine to Probe Biden

More plus transcript:
https://www.thedailybeast.com/trump-ukr ... nt-inquiry
“For evil to flourish, it only requires good men to do nothing.” Simon Wiesenthal
Top

He reminds me of the kid on the block that when caught doing something wrong starts whining and blaming every other kid on the block. He's still blathering on about Hillary. The look on the PM's face when Trump told him that he hoped he and Putin can mend their differences, was priceless. The PM deserves some kind of suck up medal for being able to sit there and suck up to the biggest idiot in the world.
“For evil to flourish, it only requires good men to do nothing.” Simon Wiesenthal
Top

More on their meeting today that was televised:
https://www.businessinsider.com/trump-b ... sky-2019-9
“For evil to flourish, it only requires good men to do nothing.” Simon Wiesenthal
Top

I stand corrected. He is not PM(Prime Minister) he is Ukraine President Volodymyr Zelensky.

Normal conversation? The President of Ukraine may think so but nobody else does.

We of the "Somebodies" know better

They are useing Giuliani! They set him up through Democrat (Obami Run) Fakeo State Department, Not the legitimate State Department that Mike Pompeo is in charge of. Poor Rudy, a Patriot to the bone, who knows what the Dems will do to use it, But Openly Lying has become a signiture of the DEMOCRAT Party.

Too bad Giuliani ruined the once stellar reputation he had after 9/11. He has become completely unhinged and is nothing more than a raving nonsensical, mumbo jumo, laughing stock shell of his former self. But his current job is to muddy the waters and I don't think they even had to coach him as it appears he has just naturally lost his marbles.
“For evil to flourish, it only requires good men to do nothing.” Simon Wiesenthal
Top

Rudy may have been led astray, but what he says about the Soros, Biden, Obamie, Hit Clinton and the Rest of the creepie crawlies is all true, been documented for a very long time.

I think what really drives people into great Frustration is the Fact that they are SO Corrupt and they ,them -selves are doing everything that they are accusing Trump of doing in spades! Yet?.........they seem to be protected , shielded from being brought to their own justice. It is very frustrating! They are truly swamp dwellers, slimy and slippery. It's also is Un-natural to the point that I believe(Hope) that the PTB will eventually withdraw the "protection" .
KARMA RULES
Top 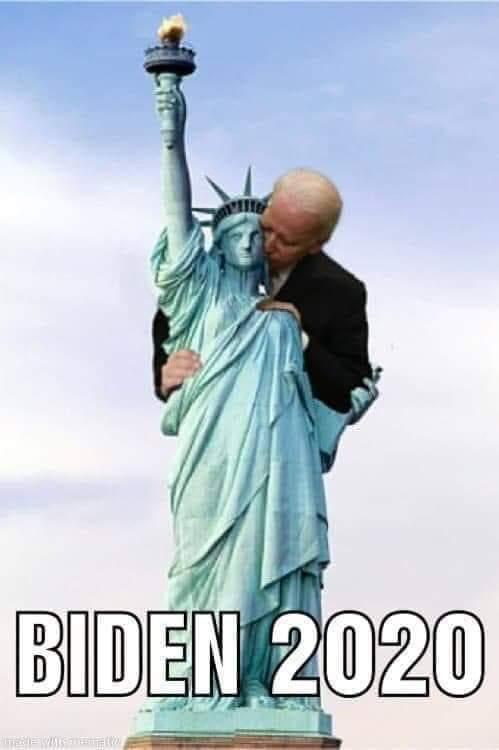 That is hilarious! The old perv. Sniffing women's hair is not something kindly Grandpa's do. Thanks for a good chuckle.
“For evil to flourish, it only requires good men to do nothing.” Simon Wiesenthal
Top

MK II
Last edited by Malaria_Kidd II on 10-03-2019 03:18 PM, edited 2 times in total.
.......all wasteful, climate changing wars. Begun again by the Red Blooded Royals, or by a bewitching God-like dictator, or any so called religion, or for any other reasons like a world wide virus pandemic! MK II 4/26/15
Top

Jesus, he was really unhinged today. I cannot believe anybody here still supports this whacko. Bury your pride for god's sake and admit that he belongs in an institution.

“For evil to flourish, it only requires good men to do nothing.” Simon Wiesenthal
Top
Post Reply
510 posts