Being a Dem means getting away with it and never paying the price.
"Everything Woke turns to

MK II
.......all wasteful, climate⚛changing wars. Begun again by the Red Blooded Royals, or by a bewitching god-like dictator, or any so called religion, or for any other reasons like a world wide virus pandemic! MK 4/26/15

.......all wasteful, climate⚛changing wars. Begun again by the Red Blooded Royals, or by a bewitching god-like dictator, or any so called religion, or for any other reasons like a world wide virus pandemic! MK 4/26/15 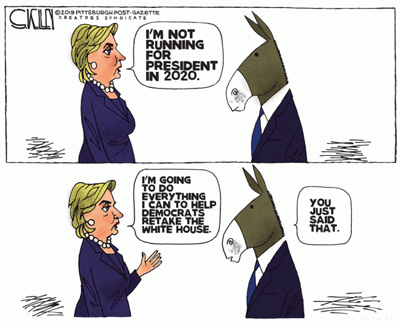 .......all wasteful, climate⚛changing wars. Begun again by the Red Blooded Royals, or by a bewitching god-like dictator, or any so called religion, or for any other reasons like a world wide virus pandemic! MK 4/26/15

FULL STORY
"Everything Woke turns to

Those Who Can Make You Believe Absurdities, Can Make You Commit Atrocities': Voltaire
Top
Post Reply
687 posts