Government Mandate: "By god We will tell you what sex you are"! And other destructive TRASH.


Biden DOJ: It's Unconstitutional to Defend Women's Sports, Protect Kids From Chemical Castration and other BS

The Department of Justice (DOJ) under President Joe Biden has thrown its weight behind legal challenges to two state laws that defend fairness in women’s sports amid the transgender revolution.

“The United States has a significant interest in ensuring that all students, including students who are transgender, can participate in an educational environment free of unlawful discrimination and that the proper legal standards are applied to claims under Title IX and the Equal Protection Clause,” the DOJ claims in a “statement of interest” supporting a challenge to the West Virginia law protecting women’s sports, the Daily Mail reported.


“A state law that limits or denies a particular class of people’s ability to participate in public, federally funded educational programs and activities solely because their gender identity does not match their sex assigned at birth violates both Title IX and the Equal Protection Clause,” the DOJ argues.

The DOJ filed a similar brief in Arkansas, arguing that it is unconstitutional for that state to ban experimental transgender “treatments” for minors.

The Biden DOJ threw its weight behind court challenges from the American Civil Liberties Union and other pro-transgender groups challenging the state laws. The briefs claim that the laws violate the Equal Protection Clause of the 14th Amendment.

In the West Virginia case, the Biden DOJ claimed that Republican officials “legislated based on misconceptions and over broad assumptions” about biological men competing in women’s sports.

In my 61 years I've never seen so much unmitigated & galling bovine feces coming out of an administration. Geraldine Jones said "What you see is what you get"? At this rate America'll be submerged in a sea of Woken waste! All we get is Biden BS 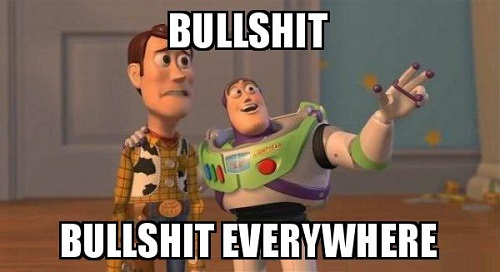 "Inside every progressive is a totalitarian screaming to get out." - David Horowitz
Top
Post Reply
2 posts • Page 1 of 1