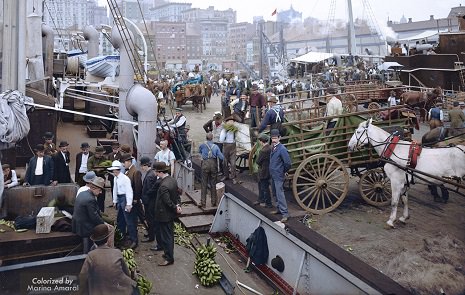 When black-and-white images can be hard to relate to, adding color evokes empathy. FULL STORY

by Doka
This a wonderful article, Riddick. The World could do with a lot more "Humanizing".

by Doka
Here is something else that goes with "Humanizing" who we where, with adding reality , color to photos. We have lost a great deal of our selves , We have forgotten, with help, just how to be ,the best we can be.