I came across this very interesting article, for those that can "wade" through it. From the President of the "Council on Foreign Relations", one of the most manipulative, Pro, NWO, Socialist/Communist groups in the world.

If you can make it through the some of the chaos and smoke screens that "Change" is in the wind. For many us , Our minds are boggled and we are just plain tired......."Change" at best is confusing , terrifying, and exciting at the same time.
Like......"wake me up when it's over, I can't watch any more!"

But there are some interesting things going on.........Facebook, Googles , YouTube, Planned Parent Hoody, and a bunch of other things are under fire, mostly due to their own arrogance , CNN is in the rating pits, the Pres is going to use our military to use to protect us from the organized, paid invaders. Trump at the polls, 51% . The Democrats are getting stuck in their same old, same old, rhetoric , it's getting boring. The US and China are both enjoying the benefits of capitalism , something to keep an eye on...........We do need Capitalism to finance our Socialism! Regular people just don't have the money to keep the American Socialists (Welfare) in the Free money life style they have become accustomed to. We do have the richest welfare system in the World!

A few days ago the president of the Council on Foreign Relations, Richard Haass, published an article, titled “Liberal World Order, R.I.P.” In it, he states that the current threat to the liberal world order is coming not from rogue states, totalitarian regimes, religious fanatics, or obscurantist governments (special terms used by liberals when referring to other nations and countries that have not pursued the Western capitalist path of development), but from its primary architect — the United States of America.

Haass writes: “Liberalism is in retreat. Democracies are feeling the effects of growing populism. Parties of the political extremes have gained ground in Europe. The vote in the United Kingdom in favor of leaving the EU attested to the loss of elite influence. Even the US is experiencing unprecedented attacks from its own president on the country’s media, courts, and law-enforcement institutions. Authoritarian systems, including China, Russia, and Turkey, have become even more top-heavy. Countries such as Hungary and Poland seem uninterested in the fate of their young democracies…

“We are seeing the emergence of regional orders. Attempts to build global frameworks are failing.”

In his book The Hidden God, Lucien Goldmann draws some interesting conclusions, suggesting that the foundations of Western culture have rationalistic and tragic origins, and that a society immersed in these concepts that have “abolish[ed] both God and the community … [soon sees] … the disappearance of any external norm which might guide the individual in his life and actions.” And because by its very nature liberalism must carry on, in its mechanical fashion, “liberating” the individual from any form of structure (social classes, the Church, family, society, and gender, ultimately liberating man from his very self), in the absence of any standards of deterrence, it is quite logical that the Western world was destined to eventually find itself in crisis. And the surge of populist movements, protectionist measures, and conservative policies of which Haass and other liberal globalists speak are nothing more than examples of those nations’ instinct for self-preservation. One need not concoct conspiracy theories about Russia or Putin interfering in the US election (which Donald Trump has also denied, noting only that support was seen for Hillary Clinton, and it is entirely true that a portion of her financial backing did come from Russia). The baseline political decisions being made in the West are in step with the current crisis that is evident on so many levels. It’s just that, like always, the Western elites need their ritual whipping boy(although it would be more accurate to call it a human sacrifice). This geopolitical shake-up began in the West as a result of the implicit nature of the very project of the West itself.

Meanwhile, Back In Wisconsin...

"All politics is local" Of course, ahead of November far left libs are looking at early state election outcomes for examples to further their narrative of dominoes lining up and falling their way big time in the midterms. Fueling their fire: the lopsided results of the open Supreme Court Justice race Tuesday in the Dairy State.

Governor Walker for one isn't taking the loss in stride. With high turnout in lib strongholds coupled with soft turnout in conservative areas, he and the state GOP have work to do to close an apparent "Enthusiasm Gap".

Granted it was outside the general election, whether it's indicative at all of a nation wide trend state-by-state isn't clear. Yet one wonders... Say Dems DO take the House - Impeach Trump - Elect Biden in 2020 ... "The LWO is dead. Long Live The LWO"?
There are none so asleep & oblivious to the real world as those who are & would be Woken.

Granted it was outside the general election, whether it's indicative at all of a nation wide trend state-by-state isn't clear. Yet one wonders... Say Dems DO take the House - Impeach Trump - Elect Biden in 2020 ... "The LWO is dead. Long Live The LWO"?

Oh Yuk! That can't even sound good to some democrats!

There is another metaphorical adage to think about......."You get what you wish for" . What if, we have Guides that struggle to give us what we ask for? Since I'm NOT into pain and suffering for my self or others ,my personal wish is for Freedom and Peace for all who want it. Quite a few are not into that kind of deal, being full of hate and revenge,greed ,etc.. What if I can get what I desire and they get what they desire? I shouldn't think it would ever be necessary for our paths to ever cross again, in my book, THAT'S Utopia! Could be not true, and just maybe it IS , What IS. So.......might be wise to be careful, what you desire? Infinity is a very very long time. 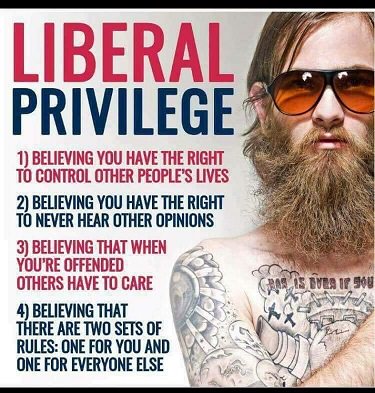 Ego sluts, drowning in their own crap. I sure wouldn't like to have their Karma.......school yard bullies, cause nothing but pain to those around them. We all get to have our day of "Reckoning" ............
KARMA RULES
Top 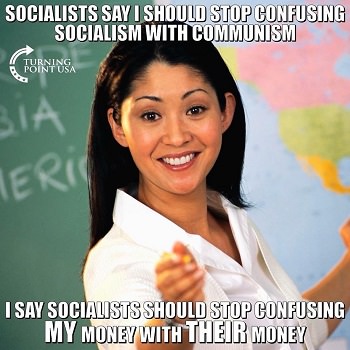 "Inside every progressive is a totalitarian screaming to get out." - David Horowitz
Top
Post Reply
6 posts • Page 1 of 1