Can we say we see a movie coming Riddick

Two weeks ago my daughter surprised me coming into the family room! She caught me flipping off Hitlery on TV. She said, "Daaad!"

And I'll do it again at the first opportunity!

? Oh Sure! Hillary/Paula's Midnight Ride is just like Paul Revere's with a few minor differences. Paul Revere wasn't a bitter, delusional conspiracy nut with a grudge who concocted this fiction that the British were a threat to America because he lost an election. And, unlike the Russians, the British were actually coming. But other than that...!
Top

? Oh Sure! Hillary/Paula's Midnight Ride is just like Paul Revere's with a few minor differences. Paul Revere wasn't a bitter, delusional conspiracy nut with a grudge who concocted this fiction that the British were a threat to America because he lost an election. And, unlike the Russians, the British were actually coming. But other than that...!

Yeah, other than that! What? Me worry?

I liked that a lot Riddick, it's straight from your heart, I can tell.

I'll always flip her the bird at the TV's screen no matter who walks into the room!

I can just imagine most of the retired Little Rock, Arkansas police officers, Pulaski County sheriff's deputies, and US Secret Service veterans, once dedicated to her safety 24-7, do the same thing to this day!

Almost a full year has been spent creating vast Russian conspiracy narratives to sell Russia as the cause of Hillary Clinton’s failed campaign for the presidency.  Thousand of hours and tens-of-millions of dollars have been spent trying to prove the vast planetary Russian conspiracy theory.

Today CNN drops their investigative bombshell:  Pokémon Go did it !!

Here’s how it started.  WATCH:

My oh my! Their BS factory is at it again!

Let me guess this Doka. Could it be that CNN used that Smart Phone news flash up front in their broadcast time. To precede the devastating central CA wildfires and anything new on the investigation into the Route 91 Las Vegas human tragedy.

Hi MK ll. Your question does make one wonder? These days any one who is Democrat/Progressive , in my opinion, has mental health issues, that will take them to any "nutsy" length to cover their tracks. What better time to start fires, than when the wind is blowing. Or to start another "Gun Grab" Campaign, with their "ISIS" Friends and Creation?

Hang on to your hat ,it is bound to get more bizarre!
Karma Rules
Top 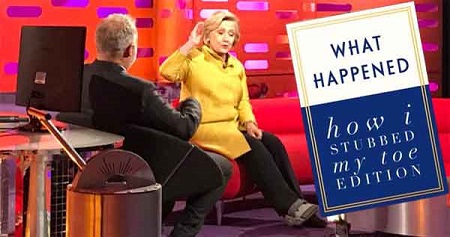 Wow! This is a Washington Post Story.........I'd say Hitlery better start wearing a bullet proof vest, they are not going to want her to "spill her beans"......


What was previously widely suspected has now been confirmed. In its latest bombshell report that - for once - doesn’t include some nefarious allegations of wrongdoing or incompetence involving President Donald Trump or members of his administration, the Washington Post reported Tuesday that the Democratic National Committee and the Clinton campaign jointly financed the creation of the infamous “Trump dossier," which helped inspire the launch of the floundering investigations into whether the Trump campaign colluded with the Russians.

Though neither the DNC nor the Clinton campaign worked directly with former British spy Christopher Steele as he compiled the document, the fact that Democrats funded the dossier – which includes information primarily gleaned from sources in Russia – ironically suggests the Democrats indirectly leveraged Russian sources to try and spread information of dubious veracity about a political opponent to try and sway an election.

Following the shocking (to some) revelations from WaPo with regard Hillary Clinton and the 'old' Democratic National Committee's financing of the infamous "Trump Dossier," the 'new' DNC has rushed out a press release denying any involvement as Democrats begin rapidly distancing themselves from this un-fake news.

Re: The Hitlery Clinton Corner: All things Hitlery

What an eye opening revelation Doka, thanks for that piece. And now the shoe is bound to fit on the other foot of another "body"! Unbelievable, but where there's DNC smoke here's hope'n all that heat shows a big flame soon!

Super Hitlery pics Riddick, we who did not vote for her the first time or the second time, like 'em both!

So the Democrats have decided to feed Hitllery to the Wolves................Now, they are going to spend big money on "looking into" other Democrat Corruption, that the Majority of us have known about for years! And we get to pay for it!

If they wanted to do something "Decent" for the American People, they would go back to what they where elected to do, Work out something on the Obzmie Health Care Mess, work on Tax Reform, all the People issues they have been "Stone Walling".

Basking in "Justice" and "Revenge" is fleeting, it doesn't put food on your table or pay your bills!

Seven Things To Know About The Clinton-Russia-Uranium One Scandal

A new report distills the scandal involving Uranium One, Bill and Hillary Clinton and the transfer of control of twenty percent of U.S. uranium to Russia into seven key elements.

In its October 23, 2017 article, “7 Uranium One Facts Every American Should Know,” Breitbart.com lays out the following details about the scandal:

Here are the seven facts about the Uranium One deal you need to know:

1. Peter Schweizer Broke the Uranium One Scandal in his book “Clinton Cash: The Untold Story of How and Why Foreign Governments and Businesses Helped Make Bill and Hillary Rich.”
2. The New York Times Confirmed the Scandal in 2015
3. The FBI Uncovered Evidence that Russian Money Was Funneled to the Clinton Foundation
4. Congress Is Now Investigating
5. Bill Clinton Was Paid $500,000 for a Speech in Moscow
6. The Clinton Foundation Took Big Bucks from Uranium Investors
7. Senate Republicans Want an FBI Gag Order Lifted on the FBI’s Informant, because he many have even more revelations about the case

This is just a little (True)antidote Re: Sandy Burger, born "Fall-Guy" for the Clintons. He was a "Joke" of a guy, did some things john Q public would still be in prison for . Sandy died in 2015, hope they checked his underwear and socks!


Sandy Berger the former Clinton Administration National Security Advisor, said he made a "mistake" and was just "sloppy" when an FBI investigation revealed that he had stolen Top Secret memos and documents from the National Archives relating to the events surrounding al-Qaida attacks on America during the 1990s and in the year 2000. The Archive security notified the FBI when they discovered documents missing, and saw Berger stuffing papers into his pants, socks, and a leather briefcase.

Upon investigation, Berger admitted that he had "made a mistake," and took them. Unfortunately, Berger says he "lost" some of the documents, but that he returned some of them after his the FBI searched his home. Amazingly, he even returned some documents that the Archive hadn't yet noted were missing! He apologized and said he had just been "sloppy." This, from the former "National Security" advisor to the previous President of the United States, and security advisor to the current Democratic candidate for president.

A "mistake" is not a crime in most instances. Theft of Top Secret documents is a Federal crime that is supposed to carry extremely serious consequences. Being "sloppy" isn't a crime. Clinton's affairs might be described as "sloppy." Lying under oath about them IS a crime worthy of impeachment, depending apparently upon one's definition of the word "is." Mr. Burger would have us believe that he was simply unaware of the procedures surrounding the security of Top Secret documents. He says he should have known that stuffing them in his pants and walking out might be a breach of security. For his "mistake" Mr. Berger has resigned as John Kerry's advisor on national security affairs.

The truly amazing fact is that, in the context of political scandals, Watergate pales by comparison! The Watergate scandal that resulted in Nixon resigning from office was essentially trivial in comparison. Nixon was (and still is) vilified for pondering a cover up of a break-in by low level political operatives into the files of a left-wing political supporter of the Democratic presidential nominee. They were looking for evidence of Communist ties to the McGovern campaign, and this transgression lives on as the Democrat's ultimate immortal example of Republican "dirty tricks."

Democrats are defending Mr. Berger by attacking the "timing" of the revelation that he was, ah, "sloppy." They stand behind his contention that he didn't really commit a crime, by stuffing Top Secret material in his pants and removing them from Federal custody. The Democrat spinmasters say that the revelation that Mr. Berger had "mistakenly" stuffed certain documents in his pants relating to how Clinton handled terrorism prior to 9/11 is just Republican trickery and an attempt by Bush to divert American's attention from his failures in the unjust war in Iraq.

So, ultimately it comes down to whether you accept the Democrat's spin that Mr. Berger was just "sloppy" and "mistakenly" stuffed Top Secret documents relating to terrorism threats into his pants prior to the 9/11 Commission investigation, or whether you have at least a minimal grasp of the obvious. With that, you would have to conclude that Sandy Berger attempted to keep information about terrorism, and the previous administration's approach to it, from the American people and the 9/11 Commission. Of course, you "middle-of-the-road" folks might just choose to believe that Sandy Berger was merely gathering material for a book. 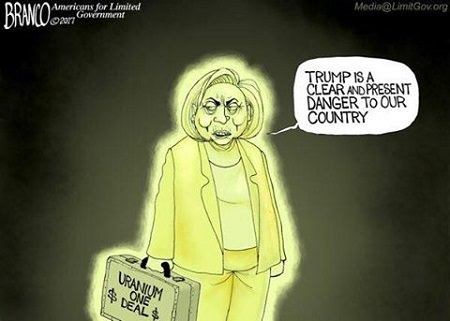