Trump Announces Foxconn to Bring Thousands of Jobs To Wisconsin

by Malaria_Kidd II
Dairy products will still be number 1, iron ore number 2 and now Foxconn's LCD's will be number 3 that Wisconsin will be known for besides their famous Wisconsin Dells!

And a much beloved song!

The Wreck of the Edmund Fitzgerald
Gordon Lightfoot

The legend lives on from the Chippewa on down
Of the big lake they called 'Gitche Gumee'
The lake, it is said, never gives up her dead
When the skies of November turn gloomy
With a load of iron ore twenty-six thousand tons more
Than the Edmund Fitzgerald weighed empty
That good ship and crew was a bone to be chewed
When the gales of November came early
The ship was the pride of the American side
Coming back from some mill in Wisconsin
As the big freighters go, it was bigger than most
With a crew and good captain well seasoned
Concluding some terms with a couple of steel firms
When they left fully loaded for Cleveland
And later that night when the ship's bell rang
Could it be the north wind they'd been feelin'?


That was a great speech, eh Riddick?

Hopefully in a few months time Mother Russia will again be mainly newsworthy for being the planet's largest country!

President Trump tweeted out earlier today that more “bailouts” for insurance companies should not be part of ongoing healthcare policy.  And in a remarkable and righteous aspect our President also implies that without legislative reform, bailouts (subsidies) to their own personal healthcare benefits could also be stopped.

Yes, approach this could mean congress would have to pay the full amount of their own health insurance costs, just like every other American who makes over $150k per year.

Thanks for that post Doka. All week long on this health care topic and during the Jim Bohannon Show, many evening callers stated what you've posted exactly as written. But we know Congress would never pass something to harm their collective "heart beats" and stop curing their collective "cold sniffles".

Under Trump, Gains Against ISIS Have ‘Dramatically Accelerated’

by Riddick
Nearly a third of territory reclaimed from the Islamic State in Iraq and Syria since 2014 has been won in the past six months, due to new policies adopted by the Trump administration, a senior State Department official said Friday.

Brett McGurk, the State Department’s senior envoy to the anti-Islamic State coalition, said that steps President Trump has taken, including delegating decision-making authority down from the White House to commanders in the field, have “dramatically accelerated” gains against the militants.

Combined Islamic State losses in both countries since the group’s peak control in early 2015 total about 27,000 square miles of territory — 78 percent of militant holdings in Iraq and 58 percent in Syria. About 8,000 square miles have been reclaimed under Trump, McGurk said in a briefing for reporters.

Although the Trump administration has yet to announce its new strategy for the campaign against the Islamic State, McGurk cited “key changes” under Trump. In addition to the delegation of decision-making authority, which he said has allowed much greater responsiveness to opportunities and changing circumstances, he cited a “campaign of annihilation” that has concentrated on surrounding cities held by the militants before launching offensives, to ensure that no militants will escape.

by Riddick
“What President Trump has done in such a short time as it pertains to border security is nothing less than miraculous,” the president of the Border Patrol union tells CNSNews.com: "No other president has been able to cut the number of illegal border crossings as President Trump has, and it's been strictly due to his rhetoric.”

But Brandon Judd, President National Border Patrol Council, said it’s time for Congress to back Trump up expressing support for comments made last week by House Speaker Rep. Paul Ryan (R-Wisc.), who promised to “take action on key elements of the president’s strategy to secure our borders, including the resources for a physical barrier.”

Judd also refuted the complaint of those in Congress who argue the U.S. can’t afford to secure the border. Judd said that the high cost of illegal alien crime and drug smuggling far exceeds that of securing the border: “The harsh reality is that we can no longer afford to do nothing.”

Re: Trump In Action & thanks Riddick for 2 great posts!

by Malaria_Kidd II
How many stinky bubbly swamps are crossed and also by-passed by President Eisenhower's Interstate Highway System?

This odd news piece was deleted at The Drudge Report about 2 hours ago! So I Googled it when I could not find it to post under Riddick's actions above.

Labor Commissioner Julie Su last month directed her staff to turn away Immigration and Customs Enforcement agents unless the federal officers have warrants.

Her directive followed three instances over the past 10 months in which immigration agents sought information about California workers who had filed claims against employers. In two cases, immigration agents attempted to attend hearings where investigators discuss claims with workers and their employers, Su said. In all three cases, the agents left when they were asked, she said.

Contd. at this link and President Trump gets his share of credit down the page.

How come "newly made" sanctuary cities were not very news worthy when they began sheltering their foreign, temporary, and cheap labor force? Is there really 500 cities that belong to this club?

by Doka
Probably 500 give or take a few. If you really want to know , check and see who the Mayors are , Liberal Democrats, more than likely, hell bent to protect All Cultures but their own. But not just a culture thing , much more insidious than that! The native people that have lived there all their lives, will probably be happy to tell you how wonderful it is living in these Cities! Lot's of free stuff, no crime or poverty , regular Utopias!

Doka wrote: ↑
08-05-2017 12:52 PM
Probably 500 give or take a few. If you really want to know , check and see who the Mayors are , Liberal Democrats, more than likely, hell bent to protect All Cultures but their own. But not just a culture thing , much more insidious than that! The native people that have lived there all their lives, will probably be happy to tell you how wonderful it is living in these Cities! Lot's of free stuff, no crime or poverty , regular Utopias!

"Liberalism in mayorship's a mental disorder!" credited to Dr. Savage

No damned doubt about it Doka! So far up in Chicago, mayor Rahm's Emanuel is suing us over it's SC status. On the sad side there's been 400 + street/sidewalk gun related deaths to date, a record! Not one victim had to pre-pay for the free bullets that killed them.

But life is way too cheap in these crime ridden, citizens victimized cities. It always was and it always will be.

There's many times when a single precious life's good chances out in the country is not any different. Just call me a Scrooge in August!

Tiger Lady has been in the news a lot lately! But I think it's not as good of an idea as they promote it do be.

So ladies? Get a back up gun to shoot first then collect DNA afterwards!

Got Milk? Got A Stun Gun? Got Coal? Got A Club? Got Cat-like Claws?

Levin: In Exposing The Media, Presidential Success Has Already Been Achieved 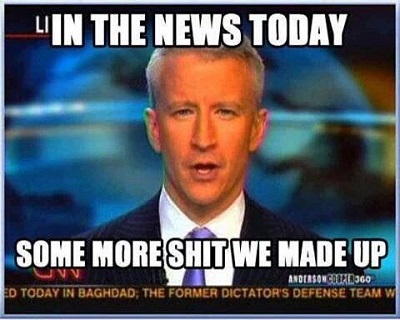 On his nationally syndicated radio talk show Wednesday, host Mark Levin lambasted the media and praised Donald Trump, saying if exposing the media is the only thing Trump does, he will have been a successful president.

Levin’s comments came after President Trump called out the “fake news” media at a rally in Phoenix, Arizona. FULL ARTICLE 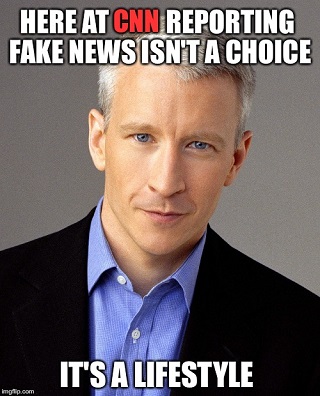 Re: Trump In Action; with Mark's approval!

by Malaria_Kidd II
Wow! Mark's nailed it again Riddick! Your choices of FNN's pics of A. Cooper's quotes are there to prove their listener-ship has sailed with an over paid crew on board with no seamanship abilities!

It was noted early this morning on C2C, of all places, a little old NYC lady called into host Jimmy Church with her rant about our POTUS. Since she was getting political Jimmy should have hit the "dump button". Listener's could tell she was a dedicated MSNBC and CNN "junky"!

Brainwashing by the left hanging media, thankfully is not reaching the majority! Those too numerous leftist news outlets are rated lower than Congress's approval ratings.

FNN can't stop it's crazy rants and if they ever do it's crow pie for them!

President Trump announced a decision on DACA will be Tuesday.  Will this finally begin the “Big Ugly” confrontation?  Possibly, but one thing is certain, right now he’s probing.

CTH is not a seer of Donald Trump, and anyone who would claim they are should be necessarily dismissed.  President Donald Trump is the only entity who knows specifically what he’s going to do in the moments leading up to what he’s going to do; no-one else.  However, that said, CTH does have a pretty good sense of what evaluation processes Trump takes prior to action.  There are indications Tuesday might be the day.

The “Big Ugly” is the moment when President Trump decides to rip the masks off the remnants of the Republican wing of the UniParty within Washington DC.  In many ways the “Big Ugly” is the elimination of the Republican party, and the beginning of an era when a second party, a MAGA party, actually enters the blood stream of U.S. politics and stands against the UniParty.


What is DACA and why would Trump dismantle it?


White House discussing whether DACA deadline can be moved

by Malaria_Kidd II
Thanks for your post and it's FYI links Doka! Pins and needles will be too numerous to mention in the coming days!

This nation has been a nest for years offering immediate citizenship for the new born but leaving the Mum "without a country" out in the rain afterwards.

What a decision they all made just before crossing the border to offer their brand new kids a better life!

That will be a tough choice for our POTUS.

Like you've noted above he will weigh out all the possibilities including the The Big Ugly.

by Doka
It will be interesting to watch to say the least. Most, I think where Enticed to come in an un-natural way. Among those that want to kill us, could be those that have the capacity to go back and make a brighter future for their people and their countries. But , as we well know the left has never believed in anyone fulfilling their own Destiny, pretty sure they don't want that to happen, the loss of Control would be devastating to them! We will forever feel the shock-waves of the sinking of the "Hillary", that they produce.

Generally speaking, anticipatory media reports can often be subject to incorrect assumptions and false conclusions. However, a Politico report on the outline of President Trump eliminating the DACA program passes the general sniff test of a process likely to be consistent with the actual outcome.

Encapsulated, the report states President Trump will announce the end to the Deferred Action on Childhood Arrivals on Tuesday, but will delay implementation of the enforcement therein for a period of six months allowing congress to debate legislative action prior to DACA designee’s receiving deportation notices.

The Rest Of The Story